STAINSBY GYMNASTICS IS LOCATED ON LIMEOAK WAY STOCKTON ON TEES, IN OUR OWN PURPOSE BUILT GYM.

Stainsby School of Gymnastics, Formerly ‘Hemlington Gymnastics Club’ was established in 1990 by Charlotte Wilkinson, who is still currently Head Coach at the club. The club was formed with the merge of two recreational classes, the aim to start competitive gymnastics. For ten years the club was very successful, winning many medals and trophies at regional floor and vault competitions, and also gained the title of North of England Floor and Vault League Champions on two occasions.

In 2001, following coach development, the club began to introduce Sports Acrobatics and Tumbling , which are now the primary discipline within the club. Success so far has been extremely pleasing, and within a relatively short period of time we have managed to achieve several entries into NDP National finals, each time gaining top five placings.  In 2014 the club got 2 partnerships through to Acrobatic Finals and 6 gymnasts through to Tumbling National finals. Cole Parker gained National Tumble Champion and Jessica McCallay gained silver medal and Erin Peters gained Bronze medal. The other finalists all finished in the top 5 of the country. We were also one of the first clubs in the country to achieve ‘GymMark, ’ an achievement which demonstrates we are a safe, effective and child friendly club.

Stainsby School of Gymnastics has grown rapidly in recent years, we are one of the best equipped clubs in Teesside supported by a team of well qualified coaches and a good support mechanism from our committee 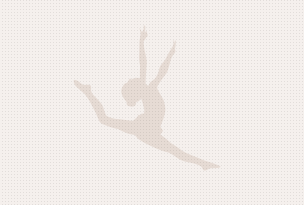